Gilsonite is a natural hydrocarbon that is also often known as natural bitumen. Natural bitumen is distinct from bitumen derived from petroleum in a variety of ways. To have a better grasp on the distinction between bitumen and gilsonite, we need to understand what sets the former apart from the latter. In the beginning, it is essential to have an understanding that bitumen is a generic word that refers to any kind of substance that is composed of carbon and hydrogen. In order to classify bitumen, we may separate it into two distinct types: natural bitumen and plant-based bitumen. The latter kind of bitumen is produced as a byproduct of plant fossilization, the same process that leads to the development of coal. 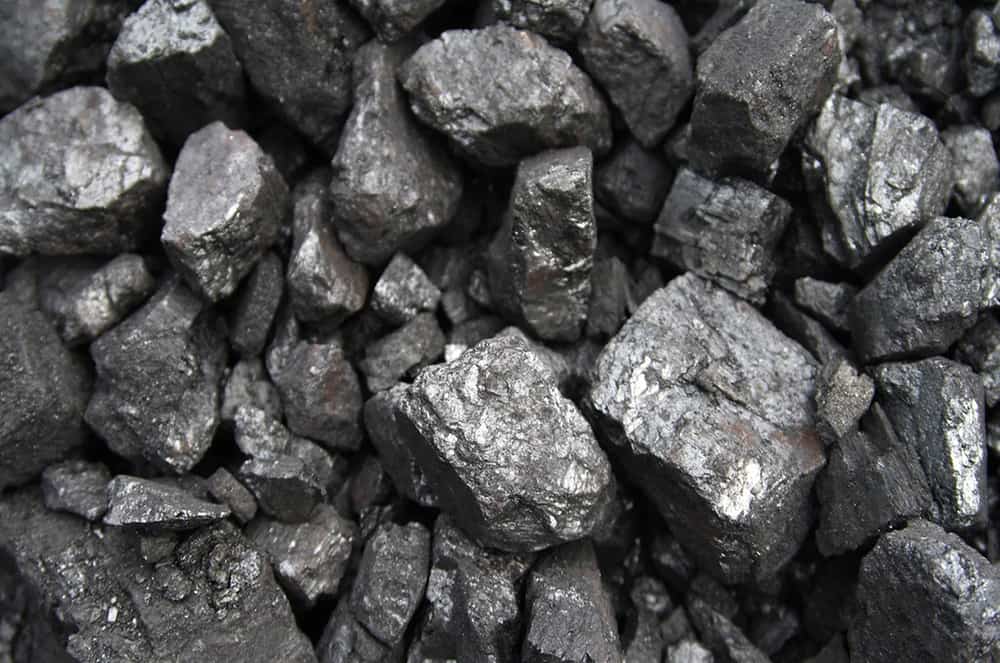 In point of fact, gilsonite is dried out bitumen with the same natural basis that was discussed before, and the latter type of bitumen is the bitumen that is the result of the processing of crude oil and is what is left in the vacuum bottom. As a result, the base and radix are the primary distinguishing characteristics between natural bitumen and bitumen derived from petroleum. Grade and granularity are two more differentiating characteristics that stand out. Gilsonite is discovered in its natural state as a brittle and glossy stone, and it is then treated and refined into powder with various mesh sizes and ash content. On the other hand, bitumen is categorized in a variety of grades, such as 30/40, 60/70, 80/100, and so on. Gilsonite has been put to use as a bitumen modifier during the last several years. This has resulted in an improvement in the product's overall quality and, as a consequence, may lead to the strengthening of the field in which it is utilized. 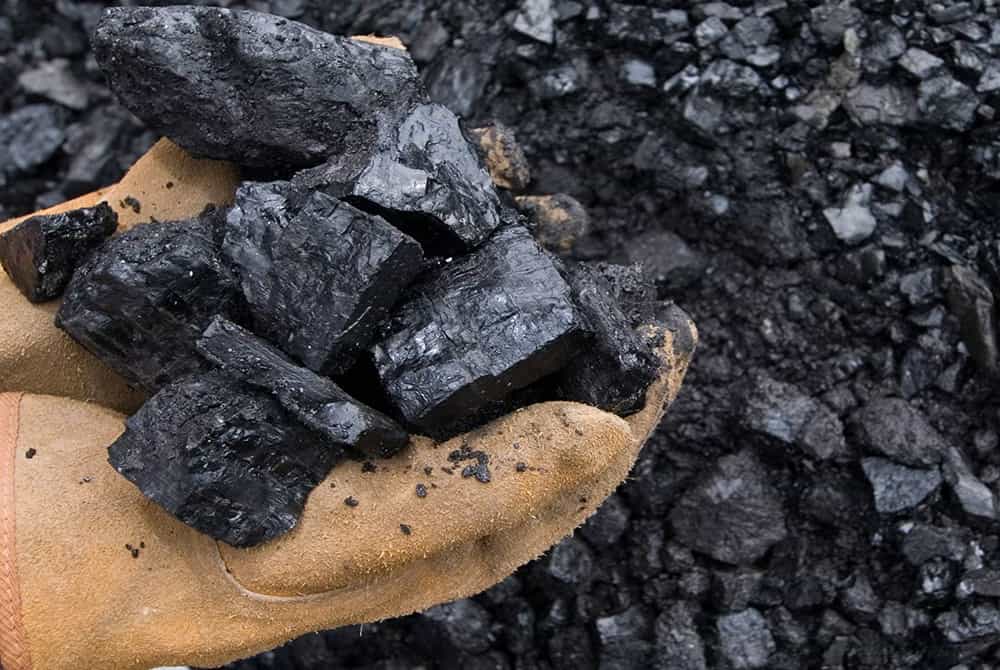 Natural bitumen includes bitumen, gilsonite, and uintaite (from the Uintaite mountains in the US). Gilsonite is a byproduct of crude oil that has been exposed to a dry environment as a result of geological changes. This important industrial chemical is only found in a few countries. Iran is rich in natural bitumen. Kermanshah may have the most bitumen deposits in Iran. As oil travels to the earth's surface, bitumen forms. Crude oil is always trying to escape due to hydrostatic forces in oil reservoirs. To reach the surface, it passes via rock cracks, fissures, and faults. Kerosene gradually degrades into the asphalt and then pyrobitumen. When the mixture freezes, bitumen develops. The last stage of oil processing is known as "pyrobitumen." Bitumen is a group of heavy, combustible hydrocarbon compounds that are soluble in aromatic and aliphatic solvents. 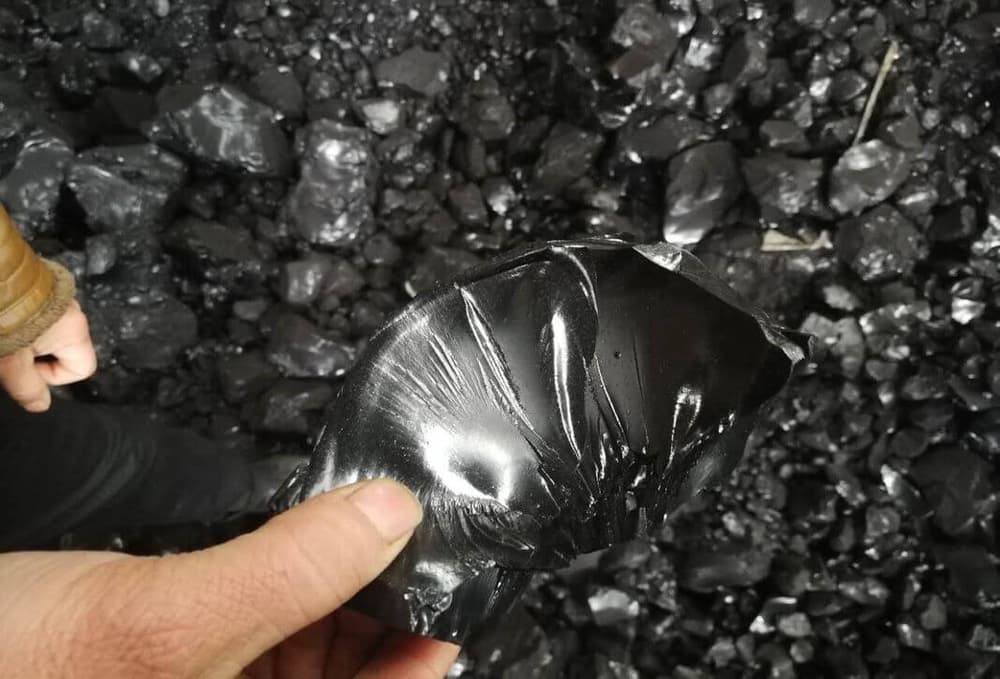 Gilsonite is a strong, glossy, and shatter-resistant mineral. Ore with black powder This has a visual and chemical resemblance to coal and tar (oil products). Unlike coal, it melts before burning. Tar softens and possesses polar molecular properties. Gilsonite is chemically similar to asphalt, yet there are significant distinctions. Oil-based asphalt melts bitumen at a lower temperature than Gilsonite. Gilsonite's physical and chemical properties make it helpful in a variety of industries. Because of the material's unique properties, it is employed in 160 different products. They are most often used in ink, oil drilling (to cement wells), casting, upgrading asphalts, insulation, and ink manufacturing. 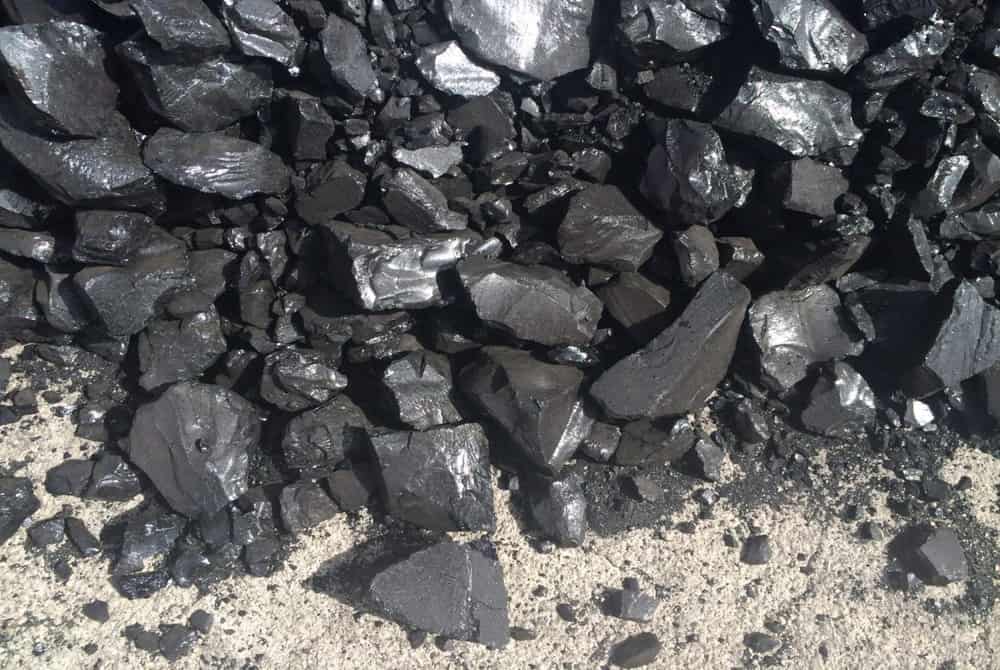 The mineral known as gilsonite is put to use in a variety of commercial applications across the globe. It may be used in a wide variety of ways within the industrial sector. Both the drilling mud and the cement used in oil wells include gilsonite as an ingredient. Gilsonite is also used in gas wells. This helps to maintain the stability of the borehole and lowers the amount of friction that is experienced. Gilsonite and resins produced from it are responsible for moistening and spreading out the carbon black found in printer ink. Additionally, in order to prevent the color from being removed by rubbing, they glue it onto the newspaper. 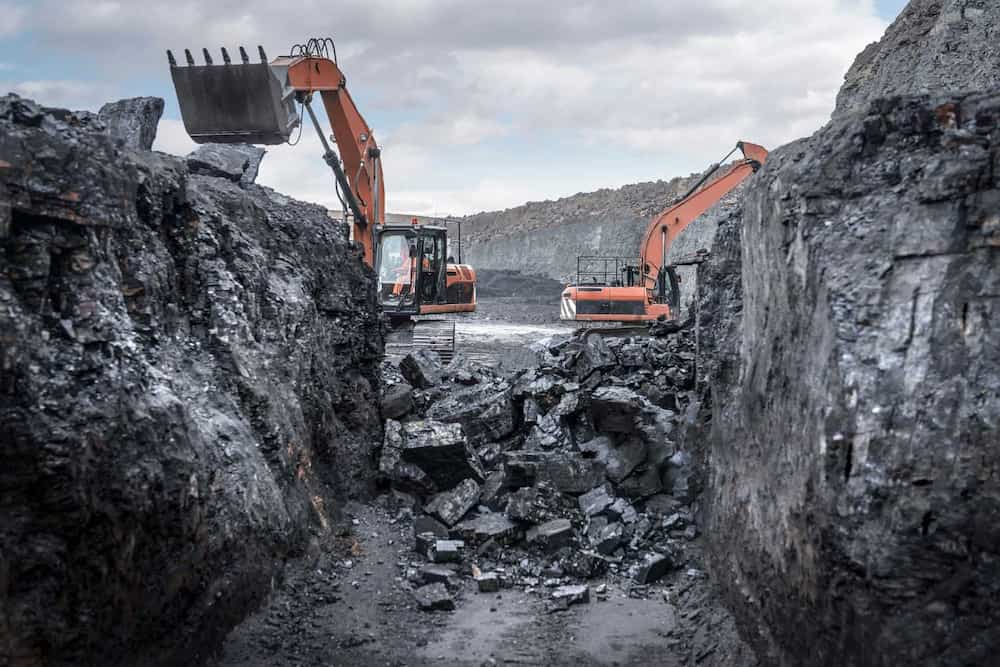 Gilsonite may be reduced to a powder form and then used with asphalt to produce a road surface that is more durable. Asphalt surfaces are coated and sealed with combinations of gilsonite, solvents, and other chemicals that appear like paint. Examples of asphalt surfaces are driveways and parking lots. Gilsonite is also used in the production of roofing felt, where it serves not only as an adhesive but also as a component of a waterproofing agent. Gilsonite is an additive that is sometimes used to extend the life of paints and dyes for wood. Gilsonite is often included with the molding sand used in iron foundries in order to produce cast goods that are simpler to extract from the mold and have a smoother surface. Gilsonite is used in pyrotechnics and also in very minute quantities for making carbon electrodes that are of the highest purity. 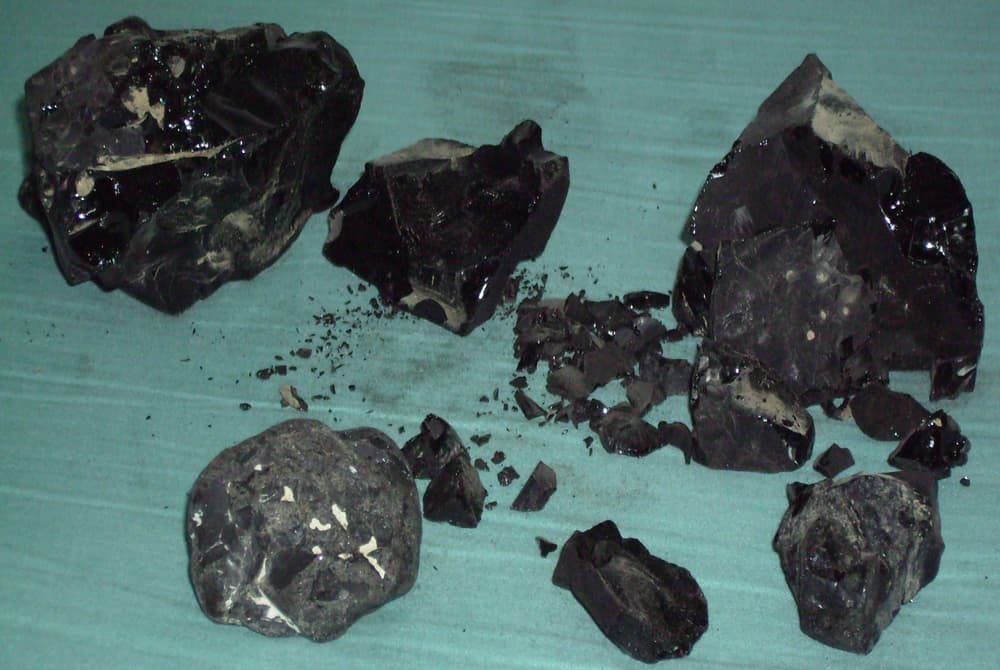 Gilsonite is a naturally occurring organic compound that has some unique properties. this natural substance has the appearance of a solid, a black hue, and is very lightweight. It has these properties. It is manufactured from petroleum that has been let to sit for extended periods of time in order to solidify. Because of its matte black hue, gilsonite exposed to the environment takes on the appearance of coal as a result of the transition. The surface of gilsonite that has just fractured, on the other hand, is lustrous and mimics obsidian in appearance. Gilsonite differs from other minerals in that it is soluble in organic solvents, has a low density, and forms a black streak when rubbed over the paper. It may be distinguished from various other minerals due to these characteristics. 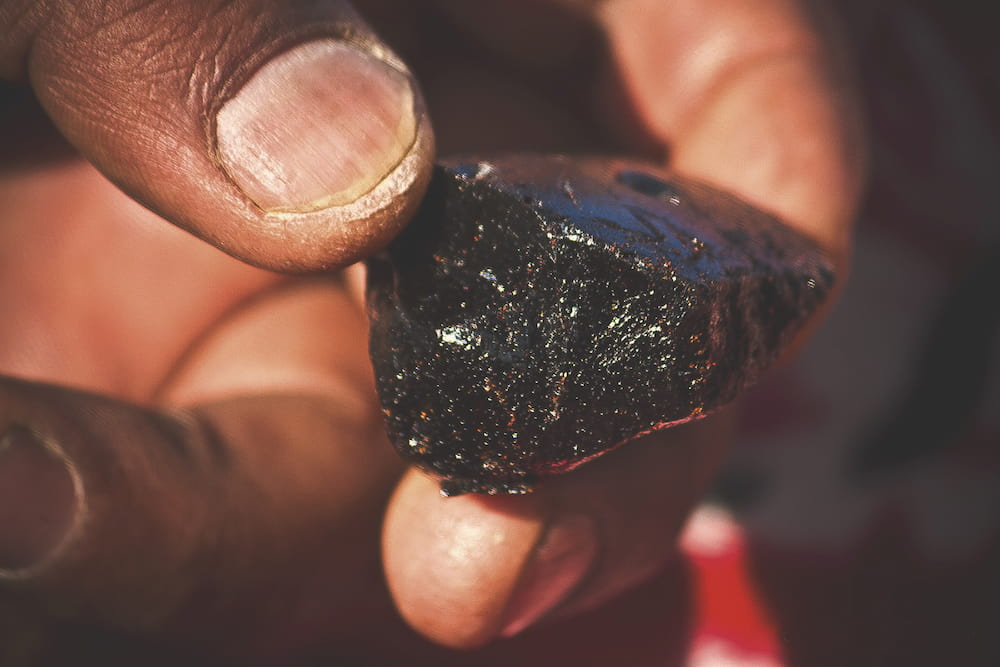 Asphaltites are a kind of solid hydrocarbon that may be found in oil-bearing sedimentary basins, most often in the form of oil shale veins. Asphaltites are found in sedimentary basins that contain oil. Asphaltites are sometimes referred to as bitumen. Gilsonite, a kind of asphaltite, is an example of a mineral that may be discovered. Gilsonite-type asphaltite deposits, on the other hand, are uncommon; moreover, the vast scale of the deposits in Utah distinguishes them from other asphaltite deposits. Asphaltite deposits may be found in hundreds of different locations across the world; however, many of these regions have already been mined. Gilsonite is unique in terms of its origin, formation, and chemical and physical properties. Workers in the gilsonite industry are also known for their ingenuity and hard labor. They pioneered a new industry and, over the last century, have overcome issues in mining, processing, transportation, marketing, and other areas to ensure that this unique Utah resource can continue to be sent to markets across the globe. 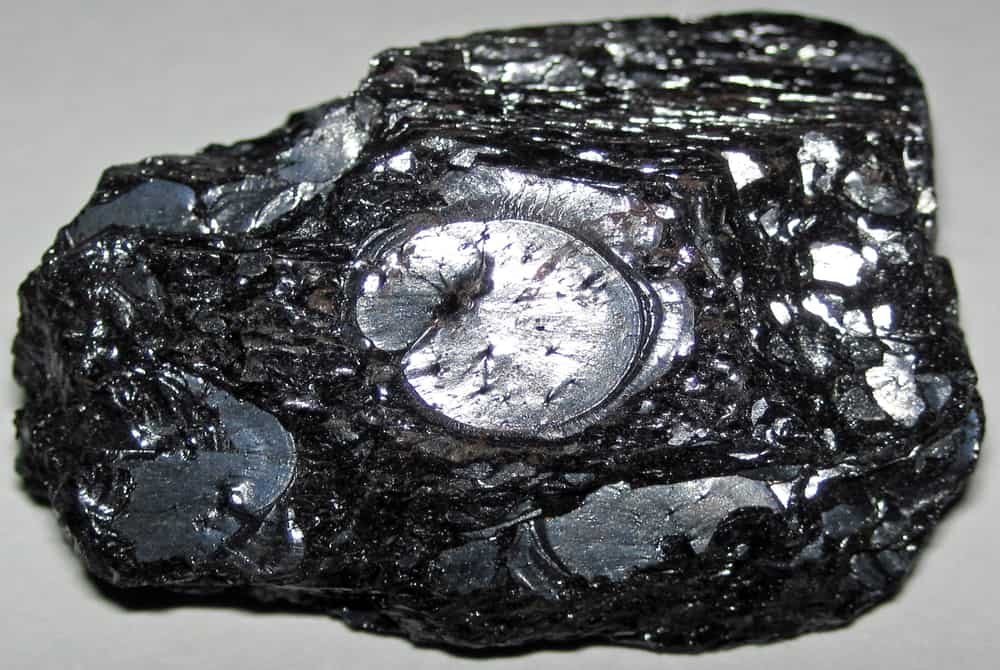 what is asphaltum powder

Bitumen, Asphaltum, and Gilsonite. A translucent brown to black mineral pigment which is easily turned into powder and is produced from natural deposits in Utah and utilized in tempera, oil, and watercolor media. Strength of the Tinting Gilsonite is a color that is see-through, although the degree to which it is see-through is contingent upon the manner in which it is painted. Glazes are the most common application for it, and artists from bygone eras prized them for their capacity to impart a sense of warmth and depth to shadows. 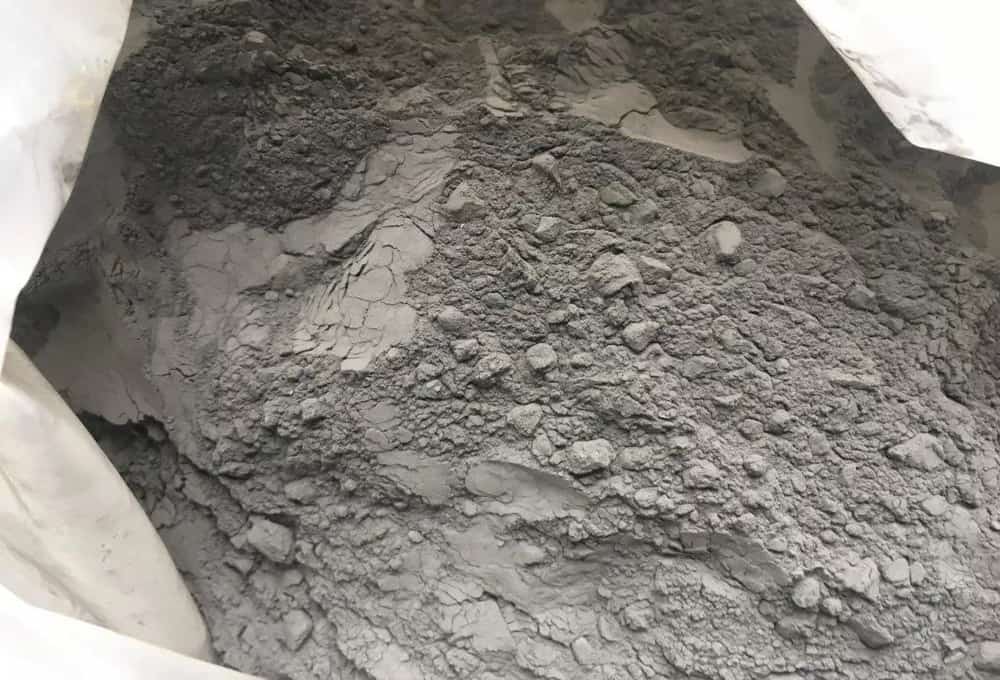 Pigment Properties and Qualities When gilsonite is processed, the majority of the inert contaminants are removed, and newer, more potent solvents make the higher softening point grades more appealing to users. Gilsonite is graded according to its softening point, which is a rough measure of its solubility, as well as its particle size. Every grade possesses a level of quality that is significantly higher than the initial minuscule quantities of crude gilsonite that were sold on the market in the 1880s. Gilsonite can be used in conjunction with vegetable oils (such as linseed and soya), paraffin and microcrystalline waxes, aromatic and aliphatic solvents, and rosins. Solvents made of aliphatic, aromatic, and chlorinated hydrocarbons are all capable of dissolving gilsonite. However, it is soluble in mixed aromatic solvents that contain a component of ketone, despite the fact that its solubility in ketones, in general, is quite low. Gilsonite is insoluble in aqueous solutions, as well as alcohols and acetone. 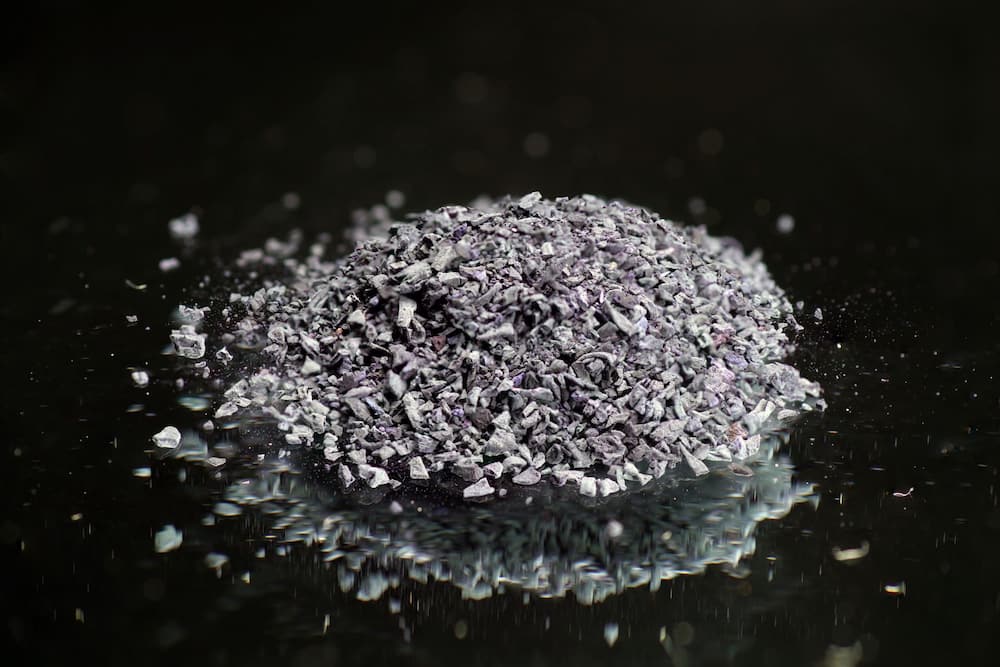 Toxicity  According to established testing protocols, gilsonite in its natural form is not carcinogenic, does not cause mutations, and does not pose a threat to human health. These tests include the modified Ames assay test, chronic feeding studies conducted by the National Toxicology Program (NTP), and NIOSH protocols. We are here to help you have the best choice with the help of our professional and experienced sales executives. They are enthusiastically ready to offer you the best advice and suggestions.

To categorize bitumen, we may divide it into two types: natural bitumen and plant-based bitumen.

Gilsonite is the same crude oil that after thousands of years, after an earthquake and due to pressure and temperature factors as well as time, loses its volatile substances and the rest is a shiny and fragile and glassy substance that looks like coal.

Hello, Gilsonites have high resistance and strength compared to bitumen, and paving with them is very convenient and affordable

Gilcinide has the nature of bitumen and in fact it is a kind of dried bitumen which is called mineral bitumen or natural bitumen.

Hello good day.Gilsonites are actually natural hydrocarbons, while bitumen comes from crude oil derivatives or the fossilization of organisms.

Gilsonite is a mineral that was introduced as a waterproof coating for wooden columns and insulation for wires and cables. Gilsonite is a brittle material and can be easily turned into a dark brown powder.

Hello and don't be tired, thank you for the useful information you provided us about the types of asphalt powders and how to use them. It was really appropriate and practical.

Hello, good time, thank you very much for the useful information about the use of asphalt powder, it was very necessary and necessary. Thank you for your good site

Foundry industries usually use natural bitumen for casting sand, and Gilsonite is also used in the production of adhesives and sealants.

One of the most important differences between Gilsonite and bitumen is that one is made of natural materials and the other is made of petroleum .

Hello.The latter kind of bitumen is produced as a byproduct of plant fossilization, the same process that leads to the development of coal.,does not cause mutations, and does not pose a threat to human health.

Hello.does not cause mutations, and does not pose a threat to human health.The surface of gilsonite that has just fractured, on the other hand, is lustrous and mimics obsidian in appearance.

Gilsonites have high resistance and strength compared to bitumen, and paving with them is very convenient and affordable, as well as having a long shelf life.

Gilsonite is widely used in industry

Hello, good time. They produce asphalt from coal, which is used to smooth roads and streets.

Gilsonites are actually natural hydrocarbons, while bitumen comes from crude oil derivatives or the fossilization of organisms.

Gilsonite is a natural hydrocarbon that is also often known as natural bitumen.

Interesting article on toxicity, I had no idea about this substance 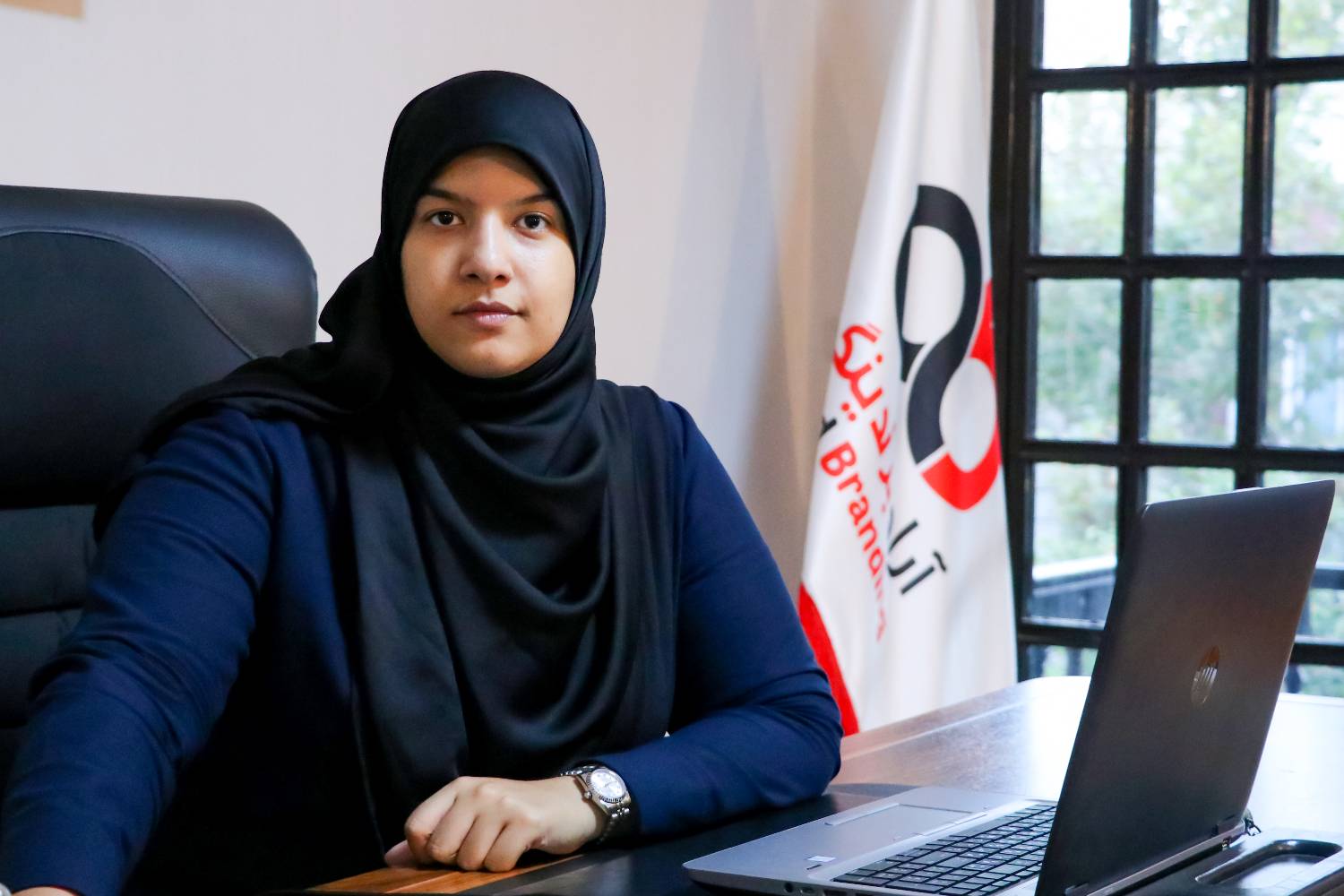